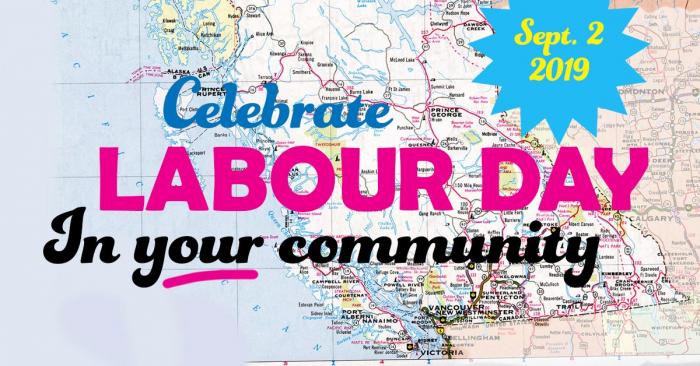 Labour Day—to know where we need to go, we must remember how we got here

While we all look forward to the Labour Day weekend, and think of it as the “final weekend of summer,” I think it’s important to take some time to remember the origins of this holiday that celebrates the contributions of working people.

Labour Day didn’t begin as a national holiday—it began in 1872 as an illegal protest in support of workers striking for a 58-hour (!) work week. It led to the mass arrests of union leaders, which in turn sparked ongoing protests that eventually convinced the government of Prime Minister John A. Macdonald to overturn the “barbarous” laws of the day and make union organizing legal in Canada.

Like so many gains for working people, Labour Day wasn’t “given” to workers; it was demanded by workers and it was won through protest, activism and, above all, solidarity.

The role of the trade union movement in advancing workers’ rights and working conditions is rarely taught in schools, and I think that’s a real shame. If you don’t know where you come from, it’s hard to know how much further you have to go, and how much more work there is yet to do.

For those who question the need for unions, I say this: there will always be politicians who seek to gain power by dividing society and hacking away at rights to provide payback to the wealthy and well-connected. Just look at what’s happening in Ontario and Alberta as radical right-wing so-called “populist” politicians slash and burn services and working conditions to pay for tax cuts for the rich. It’s only the collective power of workers and their unions that can slow or even stop faux-populists like Doug Ford and Jason Kenney from doing the bidding of their corporate backers.

While it’s already been two years since workers in B.C. happily watched the disastrous BC Liberal era come to an end, we know all too well the damage caused by 16 years of right-wing Premiers attacking working people rather than working with us. It’s remarkable how much progress the BC NDP government of Premier John Horgan has made to undo much of the damage the Campbell and Clark governments did to our province.

And, thanks in large part to the activism and support of working people, the Horgan government has made great strides in making life better and more affordable. Here’s just a few examples of how: scrapping unfair tolls, introducing quality affordable childcare, eliminating the regressive medical services premiums, and increasing the minimum wage.

This Labour Day working people have much to be thankful for, and much to celebrate. But I hope you’ll take some time to remember the hard road we’ve traveled to achieve what we have—and to remember how easily and how quickly so much can be taken away.

CUPE BC is the largest union in British Columbia, representing more than 97,000 workers delivering important public services in nearly every community in the province.